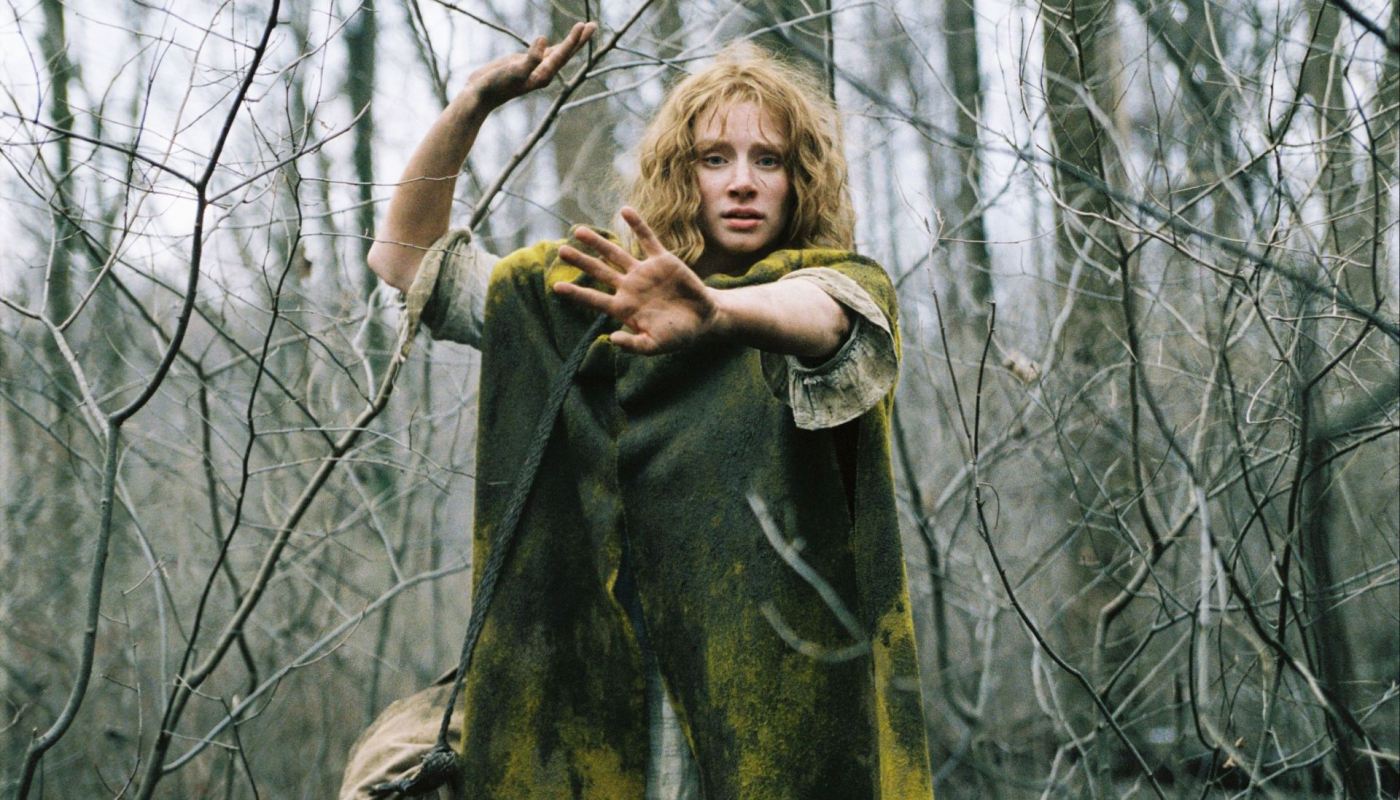 Following the recent release of Glass (find the critic here) we propose a ranking of every M. Night Shyamalan movie from best to worst, Glass included. Enjoy – there may be some surprises! 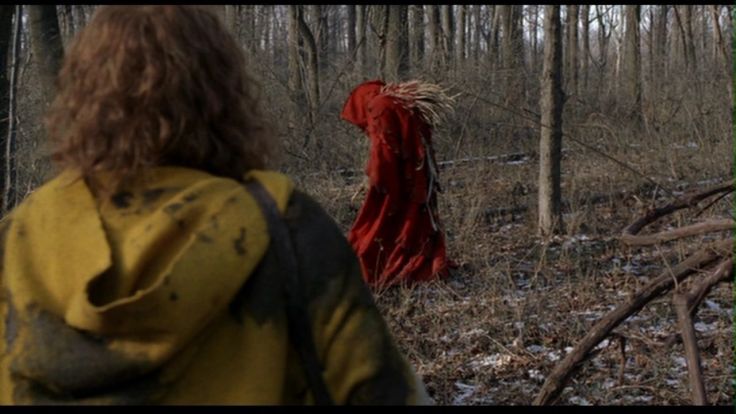 The Village is not only Shyamalan’s best movie, but also one of the best American movies of the 21st Century. You can call it a masterpiece. In the past years – after the mixed critics during the release in 2004 – the movie was reappraised from different sides, for example Collider, Vox, Vulture or Slashfilm.

The Village is Shyamalan’s most emotional, beautiful, deepest film. With some very creepy moments. Visually impressive (the pictures look like oil paintings) the film, accompanied by a unique soundtrack thanks to violinist Hilary Hahn, tells the story of a 19th century village community surrounded by a forest in which evil creatures live.

Shyamalan takes up moving themes such as innocence, openness, trauma, love and escapism. The film also works perfectly as a political statement of the post-9/11 area, even if Shyamalan denies it and says modestly: “It’s simply a story about people who have lost faith in humanity. It only becomes interesting when the heart and the mind contradict each other. […] The Village […] is about realizing what is important to us. It’s about the supernatural power of love and trust and what it does.”

Unbreakable is Shyamalan’s vision of a superhero movie. It tells the story of David Dunn, the only survivor of a train crash. He meets the comic collector Elijah Price. The encounter leads to David gradually becoming aware of his supernatural powers.

Shyamalan tells the story particularly carefully and realistically; the inner struggle of the main character is observed in long camera shots and gloomy pictures – from both psychological and spiritual aspects. Especially clever also the visual style of the film: The colors are part of the construction of the filmic narrative and underline David Dunn’s juxtaposition with Elijah Price in the sense of “good and evil”. David’s green and, above all, primary clothing contrasts with Elijah’s various shades of violet, which emphasize his mysterious and eccentric appearance.

Split is related to Unbreakable and Glass, but works perfectly as a movie on his own. And that’s a good thing, because it’s a very good film with a gripping plot. James McAvoy as a kidnapper with a split personality delivers an impressive acting tour-de-force. Split is brilliantly played, intelligently written and carefully staged. The film also functions as a highly topical social parable. Shyamalan holds a mirror up to a liberal, narcissistic society, which is overwhelmed to tame the wolf in man. And never forget: “The broken are the more evolved!” 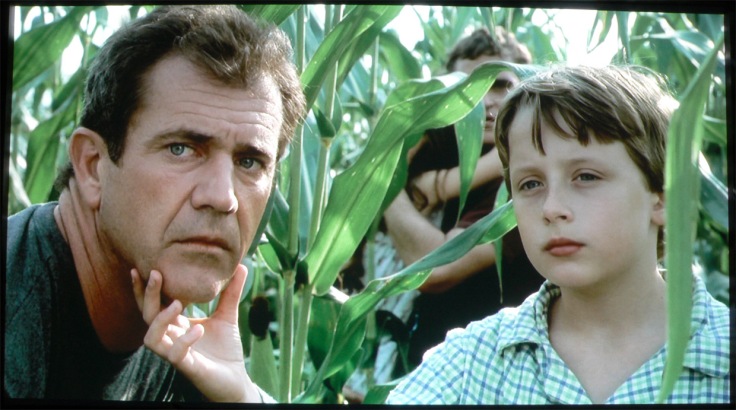 Signs tells the story of an alien invasion in its very own way: The film does not describe the encounter with aliens through exuberant air battles, but simply refuses the actual appearance of the aliens for most of the time and thus circumvents the conventional methods of science fiction or invasion movies. As if Hitchcock had made Independence Day – so to speak. Signs finally established Shyamalan as a master of subtle suspense. The film is an oppressive paranoia study, suspense cinema in its purest form. Only at the end does the story (unfortunately) reveal a few weaknesses.

Lady in The Water is Shyamalan’s version of a fantasy film. It tells the fairytale story of a caretaker whom a young woman rescues from the swimming pool of his residential complex. The girl turns out to be a nymph chased by cruel creatures.

Shyamalan’s fairytale film is perhaps his most underrated film. The story isn’t always perfect, but it has a strange charm. It is a bizarre, partly humorous parable on the meaning of life. Shyamalan plays in an excellent way with the well-known elements of the genres fantasy and horror and breaks them ironically. Self-discovery and insight are the central themes. The well-known film magazine Cahiers du Cinéma even included the film in its list of the 10 best films of 2006.

Conclusion: A poetic-fantastic story as an original change in Hollywood’s mainstream monotony, telling of the healing power of fantasy, solidarity and courage. Visually impressive and harmoniously equipped, the film unfolds its charm beyond the usual genre patterns.

This move made Shyamalan famous and got him two Oscar nominations. The Sixth Sense is a classic of the ghost film genre. It is a true ghost film whose horror is a natural part of normality and which, unlike any nightmare, has no redeeming awakening. The film is a horror chamber play, which is outstanding by interaction of Bruce Willis and Haley Joel Osment. Shyamalan has created a film that cleverly combines gentle horror, suspense and poetry. Nevertheless, there are some coherence weaknesses.

The Visit is a truly unique film. The plot: Two kids are sent to stay with their estranged grandparents.  In it horror is very close to comedy, a bit like in The House That Jack Built (Lars von Trier, 2018). The dichotomy between horror and horror satire is just great. You will never laugh so hard at a movie while in the same moment being so wholly terrified. The film is kind of ridiculous (here meant as a compliment) and the story is like the most monstrous version of Hansel & Gretel imaginable. The magazine Rolling Stone included The Visit in its list of the best 10 horror movies of 2015. 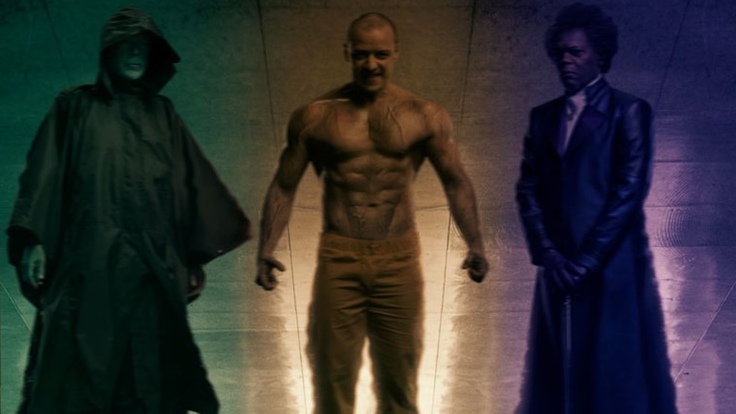 You can read our two full critics of Glass here and here. Glass may have split the critics, but contains all the ingredients of a good Shyamalan film. With this movie he settles accounts with classic superhero movies and creates an exciting counter-construction, which can be disappointing for some but extremely satisfying for others.

Shyamalans really first Hollywood blockbuster was rejected by US critics. The rigorous rejection that the film has experienced in the USA, however, is not deserved. The film entertains without suffocating characters and actions in CGI effects, as it is the case with many blockbusters. The Last Airbender isn’t a masterpiece, the actors are too statuesque and the dialogues not developed enough. But the action and fight scenes are well staged: many of them have been filmed from a single camera perspective. The camera floats around the characters (like in Unbreakable). The action is much more realistic, honest and there are no hectic, disturbing cuts! The Last Airbender is a fun ride.

Wide Awake is one of Shyamalans first features. It tells the story of a ten-year-old boy who, after the death of his grandfather, sets out in search of God. The contemplative family film with New Age sensibility has its pleasant and funny moments. It’s a very human film. But it has not much to do with the Shyamalan we know today. The dramaturgy and the end of the film are not quite up to it. But it’s a nice, beautiful mishap of the director.

The Happening is Shyamalan versions of a B-movie. It’s not a good movie, at least we can say an entertaining B-movie. And that’s it what it wants to be. There are memorable scenes in it, but acting and dialogs are awful. If you watch it to have fun, to have a good time with a B-movie and some beer and friends, then go ahead. Otherwise don’t watch it; this movie is by far not so interesting and deep as other Shyamalan movies. We see The Happening as Shyamalan’s experiment with the B-movie genre.

There’s not much to say here: After Earth is a bad movie. Pretty much everything went wrong here. That’s why we don’t lose much time on it here. Interesting only the father-son-theme, which Shyamalan picks up from his other movies and tries to elaborate on. But it’s better to keep your hands off it…